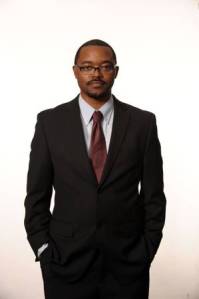 Reshard Alexander, Esq., MBA, LL.M. is a solo practitioner attorney at RJ Alexander Law. His legal practice focuses on personal injury law, criminal drug charge law, and complex business litigation. Mr. Alexander is a graduate of University of North Carolina at Charlotte (Bachelor of Arts double major in Political Science and English, minor in Economics), West Virginia University College of Law (Juris Doctor), West Virginia University School of Business and Economics (Master of Business Administration), and University of Houston Law Center (Master of Laws in Energy, Environmental, and Natural Resources Law). He served as an editor on the Law Review board while attending WVU and as the Magister for the Phi Delta Phi Brooke Inn. His business background before law school is rooted in the healthcare insurance and legal industries as a former claims adjuster and paralegal.

Attorney Reshard Alexander is a former North Carolina National Guard member crosstrained as a 13Foxtrot (Fire Support Specialist) and 13Echo (Cannon Fire Direction Specialist). He scored the highest physical fitness scores and Advanced Initial Training (AIT) scores in his battalion. Also, he has worked in a variety of commmunity-oriented positions (volunteer and paid) throughout the United States such as a low-income housing literacy teacher, teen and gang counselor, and elementary afterschool teacher.

Since graduating from the University of Houston in 2012, Mr. Alexander, has held prominent positions in a variety of organizations, including but not limited to: